All you want to know about Ozone

Ground-level ozone is harmful to human health and the environment, especially on sunny days when its concentration can reach high levels. It is a precursor of photochemical smog, which has its fatal effects. Real-time O3 monitoring helps in calculating air quality index to deliver health advisories as well as formulating an action plan to meet standards.  This article covers information on ozone, its sources, permissible levels in the ambient air, health and environmental impact, possible corrective measures, need for ozone monitors as well as different methods of ozone monitoring.

Ozone is a highly reactive gas with three oxygen atoms. It is a pale blue gas with a distinctively pungent, irritating smell resembling chlorine bleach, and can be detectable at 0.1 ppm concentrations in the air. Being a powerful oxidizing agent, it is highly combustible at 10 wt% or higher concentrations. Also, it is highly unstable and hence gets converted to O2 at high concentrations. 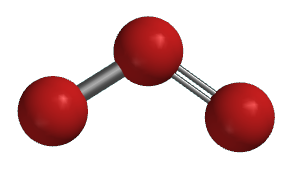 Ozone in the Atmosphere

Ground-level ozone is a secondary air pollutant formed primarily from the photochemical reactions of other air pollutants, specifically nitrogen oxides (NOx) and volatile organic compounds (VOCs). It is formed by the reaction of sunlight with air containing NOx and hydrocarbons directly at sources or at areas downwind of major sources of NOx and VOC where O3 or its precursors are carried by the winds.

Ground-level ozone has a lifetime of about 22 days. It is removed from the atmosphere either by deposition to the ground or on plants or also by reaction with nitric oxide (NO) to form NO2 or photolysis with UV light to form components of smog.

Significant sources of precursors of ozone i.e. VOC and NOx come from many areas such as :

High ozone concentrations are found to be downwind of NOx and VOC sources in urban areas as it takes a while for pollutants to react with sunlight. Peak concentration usually occurs during the afternoon hours when there is more sunlight. However, peaks in the afternoon and evening are observed in the areas downwind the major sources as its precursors are long distances by the wind. Thus, in remote areas high levels of ozone can occur at various times of day, including early evening or night.

The breakpoints concentrations describing the quality of air based on ground-level ozone concentrations for different countries are here. In India, the daily O3 levels of up to 100 µg/m3 are considered satisfactory.

Ozone has high oxidizing potential and it can react with a wide range of cellular components and biological materials causing damage to mucous and respiratory tissues in humans, animals as well as plants at levels above 0.1 ppm. Even low concentrations of ozone in the air are very destructive to organic materials such as latex, plastics, and animal lung tissue.

Ozone can irritate the eyes, nose, and throat, and can aggravate asthma and other lung diseases, including bronchitis, heart disease;  reduce lung capacity, etc.  Ozone can irritate the respiratory system, causing coughing, and an uncomfortable sensation in the chest. However, if levels remain high, then ozone can continue to harm your lungs even after symptoms disappear.

Individuals already suffering from heart or lung disease when exposed to high ozone levels can increase their risk of premature death. Children, especially those, who spend a large amount of time outdoors, are at particular risk under high ozone concentrations. 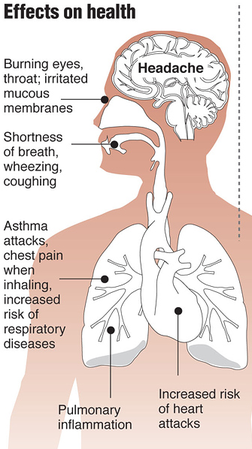 High levels of ground-level ozone damage trees and plants as it interferes with the photosynthesis and impairs plant growth, making them more vulnerable to insects and disease.

The photolysis of ozone by UV light leads to the removal of hydrocarbons from the air, but it also forms components of smog (i.e. fog or haze intensified by smoke or other air pollutants) such as peroxyacetyl nitrates (PAN), which can be powerful eye irritants.

The primary step is O3 monitoring to identify the areas with high O3 levels or areas where air quality does not meet the O3 national standards. In addition to this following corrective measures can be taken:

The air sample taken by the ozone monitor is divided into two parts and from one part of the sample, O3 is removed from the air using a scrubber to provide zero reference intensity. The air sample in the O3 monitor working on the principle of U.V. Photometry is exposed to ultraviolet (UV) light at 254 nm wavelength where the ozone present in the air sample absorbs the UV light in proportion to its concentration. The absorption is measured using a UV detector and the ozone concentration is calculated as opposed to the sample without ozone. It is the most widely used conventional method for measuring O3 concentrations.

It is an old method for ozone monitoring. Here, the ambient air and ethylene are directly sent together in a mixing zone of the O3 monitor where ozone in the air reacts with ethylene. As this reaction is photolytic, it emits light proportional to the O3 concentration present in the air sample which is detected by a photomultiplier tube. The photocurrent that is measured is amplified and converted to O3 concentration values.

When a metal oxide semiconductor-based O3 monitor is exposed to an air sample, the ozone molecules react on the metal oxide surface of the sensor and dissociate into charged ions which alter the resistance of the film. This interaction is measured as a signal and is converted to the respective gas concentration. However, when compared to other ozone monitors, the energy consumption of such ozone monitors is higher.

Ozone monitors working on the electrochemical principle are operated based on the diffusion of ozone gas into the respective sensor which results in the production of electrical signals proportional to the Ozone concentration. It allows accurate measurement of even low concentrations of ozone, which is essential in ozone monitoring for the ambient air.

Among all the above principles of Ozone monitoring, applications like ambient air monitoring prefer ozone monitors based on electrochemistry. This is because they yield more accurate Ozone concentrations and are inexpensive in comparison with the others.

5 Reasons why Ozone monitoring is important